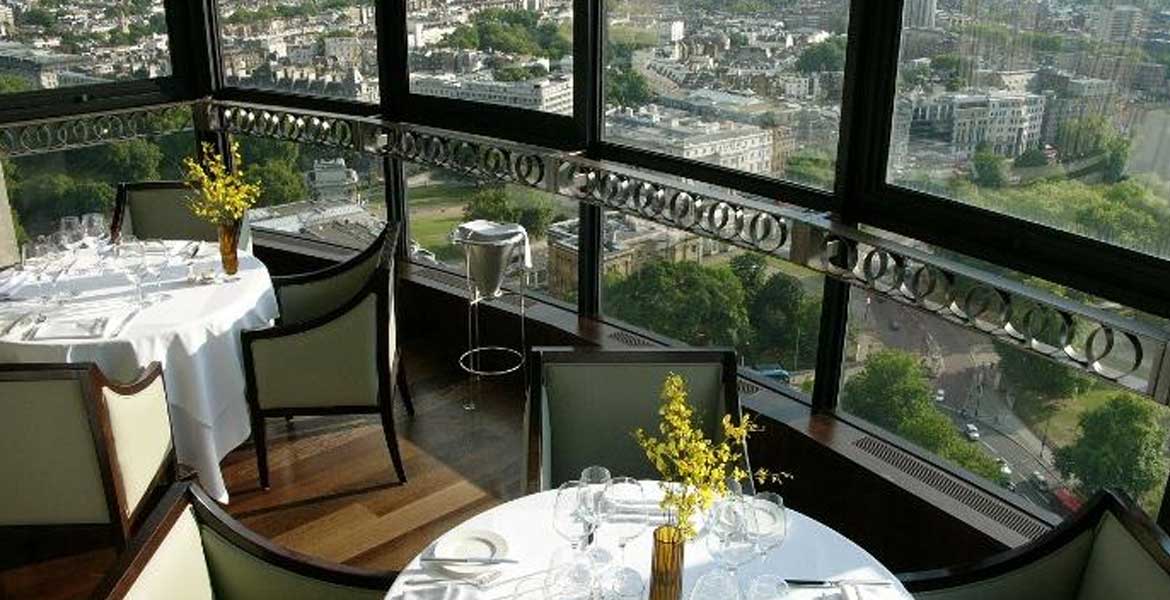 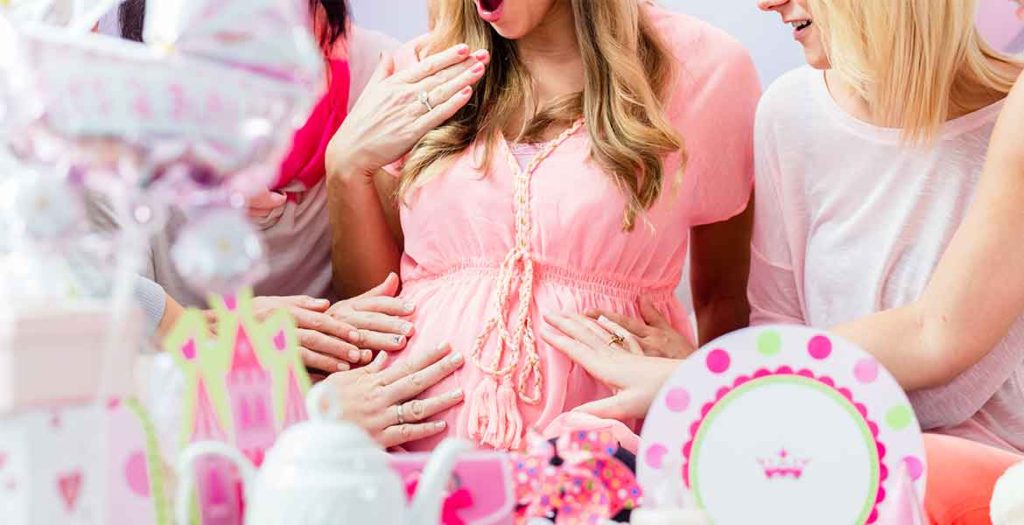 If you’re planning a baby shower for yourself or for a friend, finding just the right venue can be tricky. B has done the hard work for you and has a round-up of the best venues who offer a personalised package you and your guests will love. 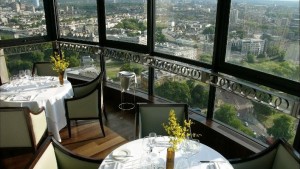 To celebrate the birth of the new Royal baby, London Hilton on Park Lane’s opulent CC Bar offers mums-to-be and their friends the chance to swoon in style and honour the upcoming birth with an exclusive private hire baby shower.

CC Bar’s luxurious Royal Baby Shower package offers a beautifully presented Champagne Afternoon Tea including a selection of freshly made sandwiches, pastries and miniature fancies, which will be presented alongside a glass of Cuvee Diamant Brut Champagne. For the all-important mum-to-be there will be a choice of non-alcoholic cocktails on offer. 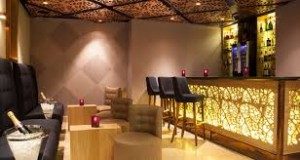 Guests will be served a selection of sandwiches including: smoked salmon, horseradish honey roast ham and baby gem lettuce cucumber. Made daily by the hotel’s pastry chefs, delicacies such as freshly baked scones with clotted cream and classic strawberry jam will be served alongside traditional miniature fancies.

Teas from Twinings have been specially blended for Hilton Hotels and range from the full bodied Full English, the smooth and rich Mighty Assam and the refreshingly light Passion Fruit Ceylon. 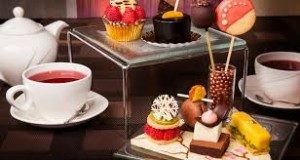 London Hilton on Park Lane’s Royal Baby Shower package is available daily, from 12pm to 3pm, priced at £46 per person.

Located in the heart of Mayfair, London Hilton on Park Lane boasts 56 suites, all with stunning views over Hyde Park and Knightsbridge. Just a stone’s throw from West End theatres and world famous landmarks, the hotel’s idyllic central location makes it the perfect base from which to explore. Guests can also enjoy a range of famous London restaurants and bars, including the Michelin-starred Galvin at Windows and Polynesian-inspired Trader Vic’s. 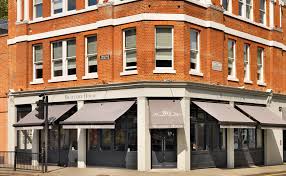 Beaufort House Chelsea is the perfect Party Venue for any celebration or event. You can hire one of their fabulous spaces for a baby shower and they can create a bespoke package that will be just fab for you. Set on the King’s Road in the Capital, the private members’ club has three floors and several different rooms so that you can choose one to reflect your personality. Most popular is the afternoon tea. 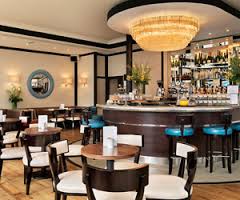 Afternoon Tea at Beaufort House Chelsea is a quintessentially English experience 2with a wide selection of teas from around the globe to accompany the classic combination of finger sandwiches, brownies, tartlets, macaroons, mini pastries and of course fruit scones with clotted cream and strawberry jam.

The Classic Afternoon Tea is £20 per person or £30 with a glass of Laurent Perrier Champagne and is served daily from 2.30pm until 5.45pm.

The Montague on the Gardens

There’s nowhere better to savour a delicious traditional Afternoon Tea than The Montague, overlooking peaceful gardens in the heart of London.We are very proud to have received a special ‘Award of Excellence’ for our Afternoon Tea, and ensure we pay proper respect to its ritual while offering some intriguing variations on the original. 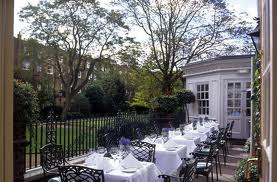 This summer enjoy al fresco dining on our Wood Deck – a wonderful retreat in the heart of the city, where better to enjoy a delicious Afternoon Tea, and perhaps a choice of tempting cocktails? 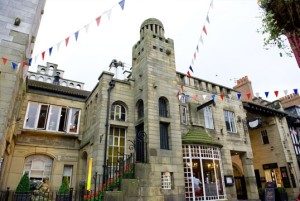 A favourite hotel and restaurant for 40 years, but the historic building has played a much bigger part in Knutsford’s heritage for over 100 years.

It is said by many that the towns name derives from the Danish King Canute who supposedly forded the River Lily in 1016. The name ‘Canutesford’ appears in the Domesday Book (1086), and many names of Danish origin are still found in the town today. In 1292 the town was granted its first charter, and its central location helped it to become known as the ‘Capital’ of Mid Cheshire. In 1955 Knutsford received its own Armorial Bearings featuring the motto ‘Respice, Aspice, Prospice’ (look to the past, the present and the future). 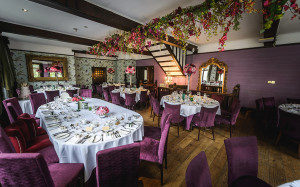 Elizabeth Gaskell, gifted novelist and champion of the working classes chose to base her novel ‘Cranford’ around the town of Knutsford, reflecting on her memories of growing up in the area. Today she is remembered through The Gaskell Memorial Tower, part of The Belle Epoque building.

Created and built in 1907 by glove merchant Richard Harding Watt, The Belle Epoque features two pillars derived from the original St Peter’s Church in Manchester. Several of the original features have been preserved, and the character of The Belle Epoque era remains. Art Nouveau fireplaces and the Mediterranean Roof Garden are among the key features within the building today. 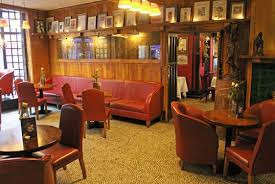 The Belle Epoque has been under the ownership of the Mooney family for all of its 40 glorious years. Ironically, neither of the two generations that has run the restaurant for the past 4 decades came to do so by design. The story begins in the 1970’s when Malcolm Mooney – business partner of the world’s first footballing superstar George Best – and his French born wife Dominique set up the Borsalino in Hale Barns, a 1970’s take on French style. The couple launched La Belle Epoque Restaurant Francaise in 1973. The restaurant adopted a much grander feel among the splendour of the former King’s Coffee House. Within the first 6 months, the restaurant endured a tragic blow, as Malcolm was killed in a road accident. The responsibility fell to Malcolm’s twin brother Keith and his wife Nerys. Though neither had any restaurant experience, the couple grew and developed the business through the 1970’s and 1980’s during the era of haute cuisine. 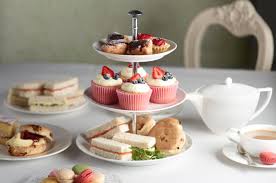 As The Belle Epoque celebrated its 25th anniversary, fate once again played its part, as Keith suffered a stroke. His son Matthew, a marketing and advertising professional, took and invigorated the business, embarking on a journey that would bring him to celebrate 40 years of success in 2013. Matthew Mooney is the current Proprietor and Managing Director of The Belle Epoque, and also The Rose n Crown Chop House, also situated on Knutsford’s King Street. 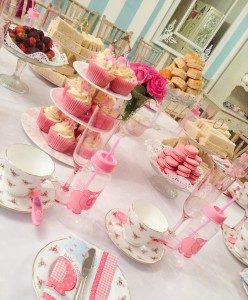 Tea Party is based in Kentish Town (more like Tufnell Park) in North London.

They look amazing (even if they say so themselves!!) – We seat a minimum of 12-40 guests, all to themselves as each tea party is completely private.

Their Baby Shower Tea Parties are one of our specialities – completely unique as they are styled to each individual tea party.

The afternoon tea party package starts at £28 per person & the Rise & Shine Brunch at £30 per person. 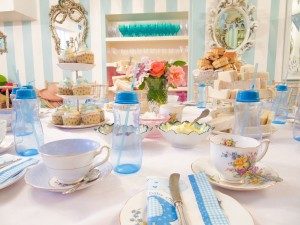