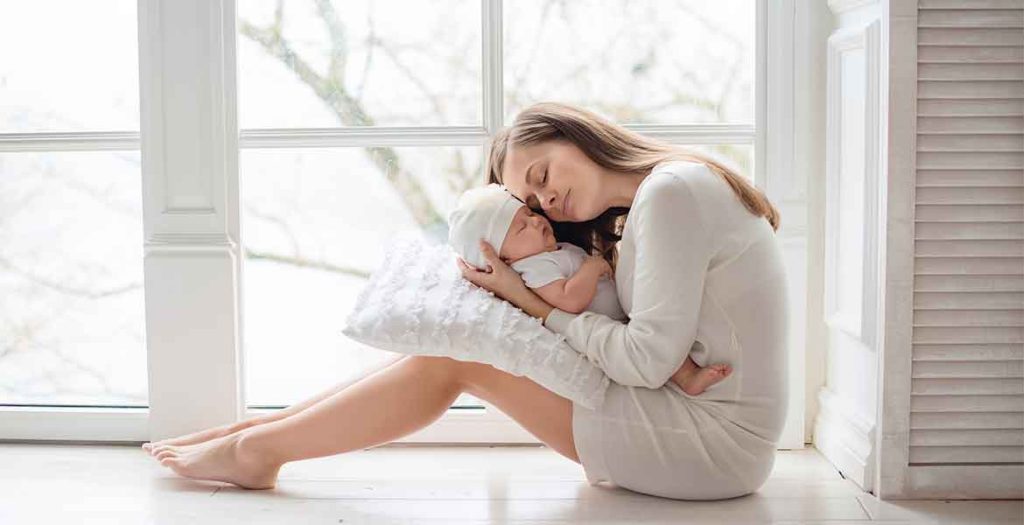 New parents are always worried about their children. Thanks to the Back To Sleep campaign, they are now aware that their little one should be placed to sleep on their back in the cot, with the bedclothes arranged so that they can’t cover the baby’s head. The Meningitis Now campaign has taught new mums and dads what to look for when they suspect their child may have this deadly virus. But there are two other things parents are doing every day that could cause their baby to be at serious risk of death. 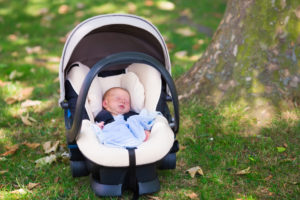 Infant car seats are small and compact and they can be carried from your house to the car with ease. They are safety tested, score highly for side impact protection and even have rocking bases to help you get your child off to sleep.

They’re the safest way for your baby to travel, right? Well yes – when they are in the car. Car seats manufacturers such as Britax and Dorel UK, makers of Maxi-Cosi, say that having your baby in a car seat is by far the best way for them to travel when you’re travelling – in fact, it’s a legal requirement and parents must buy a car seat even for the very first trip home from hospital with their new baby.

But car seats are designed for just that – the car. The fact that they can now be clipped onto the chassis of a pushchair means that parents are now using the seats for far too long during the day. It’s so easy to put your baby in the back seat, drive to where you’re going and then – whoops, they’re asleep, so you pop them on the pram and off you go for your day out shopping, walking in the woods, visiting friends. Then back to the car and home again.

This is very dangerous, especially for newborns, because of the position the car seat puts your baby’s spine and neck into. They are sitting in a slightly curved position, with the legs tucked up. In the event of a crash, the baby’s weight is dispersed into the back and sides of the seat and – hopefully – injury avoided. So far so good. But in a very young baby, the muscles of the neck and back are floppy and not yet developed, so they are unable to hold their head up. This compresses the neck and chest and puts the jugular veins under pressure, leading to lower oxygen saturation in the blood. A lack of oxygen over a period of time can lead to serious problems with development and in extreme cases, to death.

Despite the death of a four-month-old baby in Derbyshire in 2012, it seems that parents are still not getting the message. Studies have shown that the oxygen saturation levels of children who spent 60 minutes in a car seat dropped to 95.7%. This contrasts with 97% when they are lying flat in a cot. Yet parents are still using their car seats for hours and hours every day.

The answer is that babies should not be in their car seats for so long. For newborns, a time frame of 45-60 minutes has been suggested. If you use the seat in the car and then transfer to a pushchair, it is important to swap your baby from the car seat to a carrycot or pushchair seat on the chassis – and the seat should be able to go completely flat for a newborn.  Yes, this may wake your baby – but that’s far better than the unthinkable alternatives.

Overheating in the pushchair

Another danger that many parents are unaware of it that of covering the pram to make it dark inside.

This trend comes from the idea that babies should have regimented naps at certain times of the day and that their sleeping environment should be as dark as possible.

Though babies are quite able to sleep in the light – and indeed, not covering the pram may help them learn to distinguish between night and day – parents seem obsessed with covering their children with whatever is to hand – muslins clipped on with clothes pages, blankets draped over the hood or coats thrown over the frame.

This is a problem because it can raise the temperature of the inside of the pushchair. When the hood is raised and the opening at the front of the pushchair is covered with fabric, there is no flow of air and nothing to cool it if the sun’s out. Overheating is one of the major factors thought to be a culprit in Sudden Infant Death Syndrome, or cot death.

The answer to this problem is that you need to ensure that there is a good flow of air inside the pushchair. There are a couple of good shades in nursery stores specifically designed to make your pushchair dark – but importantly, they have built-in mesh ventilation to allow for the flow of air even though it keeps the pushchair dark.

Pushchair hoods often have mesh panels in them too, which are either opened up with a zip or a fabric panel that flips up. This helps air travel through even if you have put the hood up to use to shade your child from the sun. Don’t be tempted to cover the opening as this can have devastating consequences. Your child may not get a great nap and you may have a fractious baby to cope with but again – this is by far better than the alternatives.

Does my baby need probiotics?