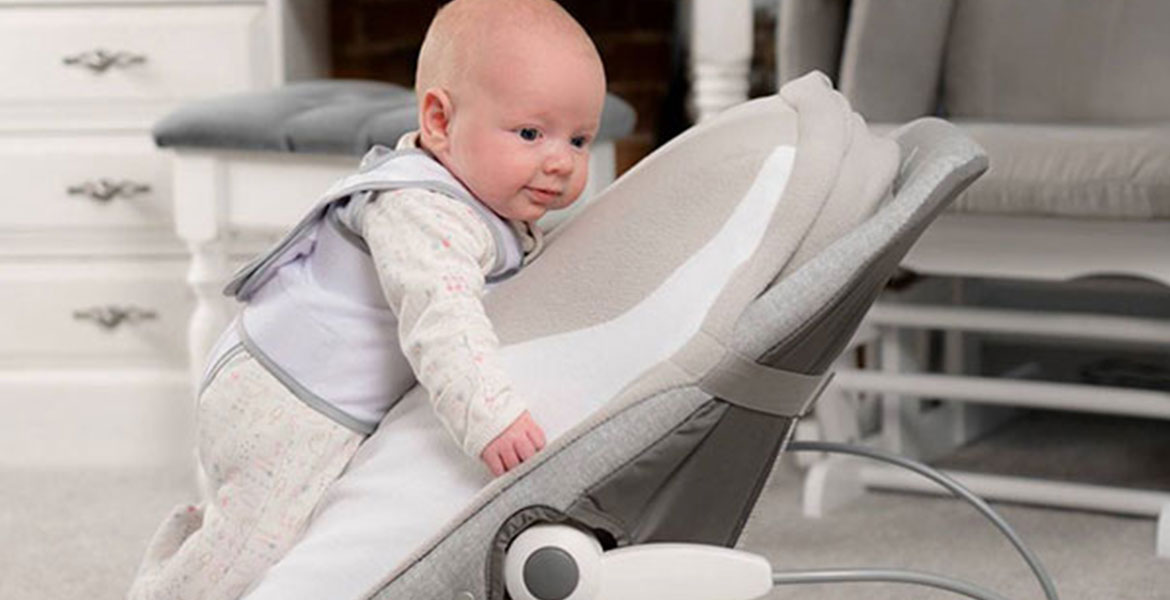 Mummy of two Kerry Nevins had a vision to create a new kind of company that would offer today’s busy mother a very real solution to meeting the physical needs of a newborn as well as the emotional needs of the family. 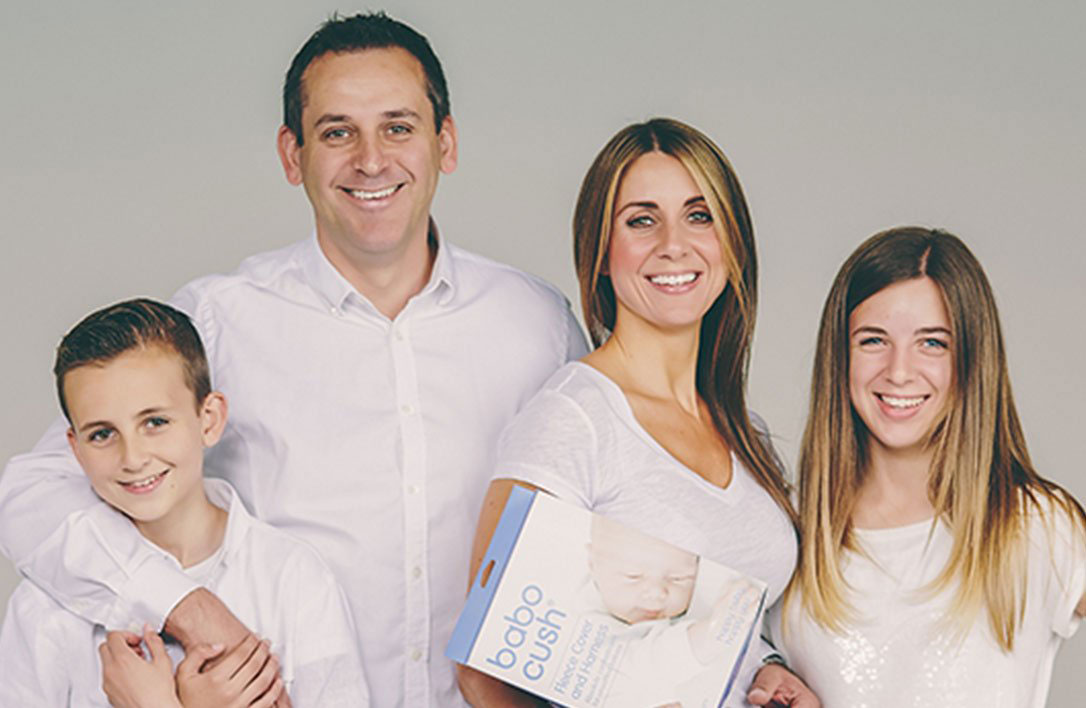 As a Mummy and childminder, Kerry wanted to use her savvy to help solve the modern mum’s dilemma: how to keep your newborn settled and happy, whilst still making time for your toddler, husband and housework. We spoke to Kerry about how she set up the business.

“I was a childminder for 15 years, from when our first baby, Amy was four months old. I couldn’t bear the thought of leaving her to go back to work, so I began childminding to earn a bit of money and ended up loving it. It meant I didn’t need to go back to my old job in the family printing and stationery business and could stay home with my family instead.

“I worked on babocush from when our son was born two years after Amy and suffered really badly with silent reflux and colic. I worked on creating the babocush for 13 or so years, whilst I was childminding. 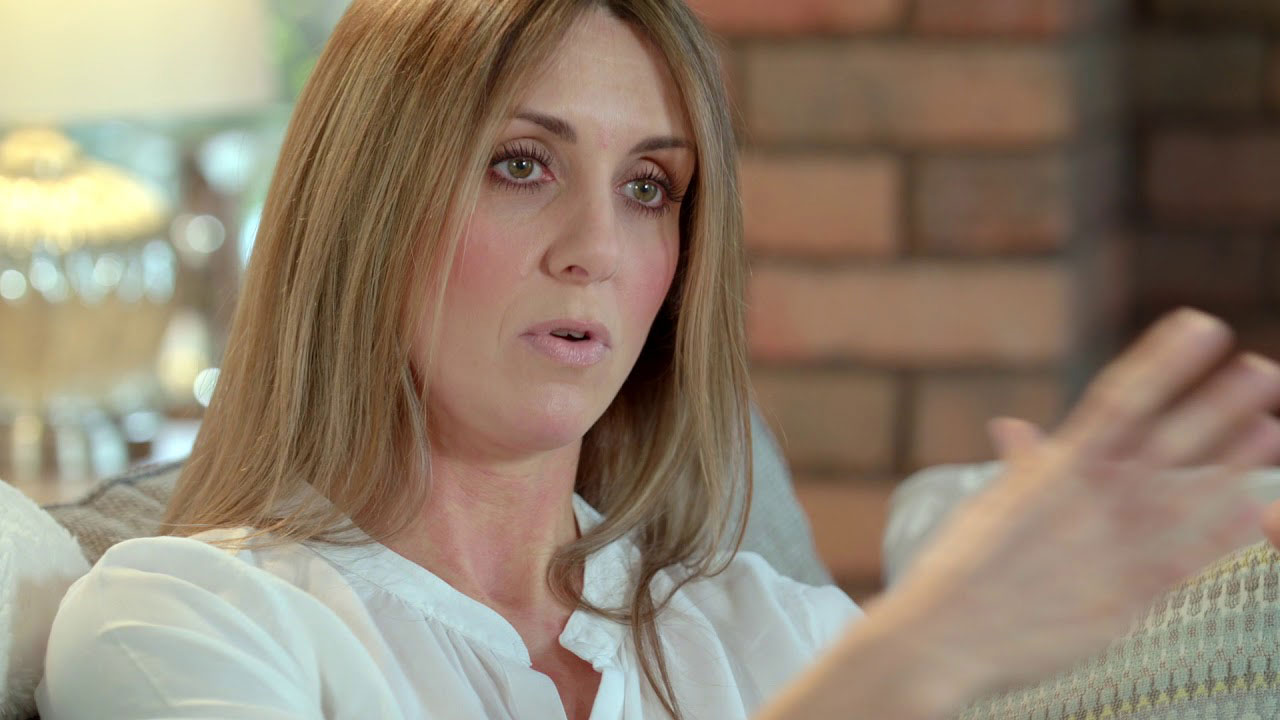 “There seemed to be no solution for our son’s reflux and colic. I hated having to put him down because it really aggravated his reflux if I wasn’t holding him in a semi-upright position. I knew lots of other Mummies whose babies had reflux too and couldn’t believe that there wasn’t a solution for these babies; the typical baby chairs and comfort cushions just didn’t deliver. Harry needed something that would allow him to lie on his belly comfortably and safely when I couldn’t hold him, in the same position offered by my shoulder. Something that didn’t cause him to scream in pain when I set him down, something that simulated the vibration of my voice and the beat of my heart. But it just didn’t exist.

“I used to stare at Harry’s rocker and wish I could set him in it for just a few moments – long enough to allow me to go to the toilet, bath our toddler or make lunch without holding him; I just wanted to be able to do some small, everyday things – things I’d previously taken for granted, without holding a baby – my back was also killing me.

“One of these times, when I was dying for the toilet but didn’t want to move for fear of disturbing Harry when he was settled and happy against me, I looked at Harry’s rocker and thought, ‘if only that rocker would convert to a tummy down rocker that held him in the same position as I’m holding him in now, my life would be so much easier.’

“That was my light bulb moment. “Why didn’t I think of this before?” I thought. “I’ll phone the local baby shop and ask if they have such a thing in stock and go and pick it up today!” So, I phoned and described what I needed and assumed they’d have this tummy down rocker that I was picturing in my head, but they didn’t.

“I phoned several other baby shops only to hear the same thing – there was no such product. I was stunned that nothing existed for these poor babies and thought that maybe there was a product somewhere in the world but it just hadn’t reached us in Northern Ireland yet, or maybe it was a special product that I could get from my GP – but there was nothing.

“It was at this point that I thought I’d make russle up something myself. So, I got my sewing machine out and got to work. It wasn’t as easy as I’d envisaged but soon enough, I’d made Harry the first ever babocush and peace was restored in our home.

“After a while, my sisters started a family and wanted to borrow ‘that thing’ I made for Harry’s reflux, which they did, and their babies loved it too (reflux or no reflux, they loved to rest on Harry’s babocush). Word began to spread and soon strangers were asking to borrow the babocush – which wasn’t always available and then people were asking if I’d make them one and offered to pay anything for it. It was then that I thought, ‘if no one else has done this then I will.’

“It’s great knowing how the babocush is helping so many poorly babies and giving their parents a bit of relief too. I love getting emails about how the babocush has helped not just babies with reflux and colic but how it’s helped with all sorts of other difficulties too; for example, babies with spina bifida, laryngomalacia and hip dysplasia often can’t lie on their backs. Mums who’ve had a Caesarean, a difficult birth or who are suffering from an illness or various other conditions can’t carry their babies for long periods of time. The babocush is also great for multiple births as it holds your baby in the perfect position to relieve gas pains whilst you get on with feeding another hungry baby. The babocush is becoming very popular in NICUs for premature babies and drug addicted babies…the list is endless.

“Now that things have calmed down a bit with the business I can combine home and work life quite successfully but for a couple of years, it was pretty intense and my work/life balance was totally off – but I had to accept that I was embarking upon a life-changing journey and something had to give whilst I got the business up and running.

“Now, however, things are running smoothly and efficiently and I have lots of time for my family and myself, which is very important! I do meditation and am learning to indulge in making time for myself; I’ve finally come to accept that there’s nothing wrong with going for massages, taking the time to go to yoga or the gym or whatever and even being comfortable to just sit and breathe and do nothing for a couple of hours – free of guilt that I should be doing something else – ironing, housework, making dinner etc.

“A couple of my favourite quotes are:

‘Whatever the mind of man can conceive and believe, it can achieve. (Napoleon Hill)’

‘Never let success go to your head, never lead failure get to your heart. (Anonymous)’

“If you want to start in business, I have one piece of advice for Mummies – ask for help. This was one my biggest lessons, because I was never comfortable with it. The hardest part is asking, receiving is the easy part and very comforting if you allow yourself to relax and allow it. I love helping people and am so flattered when someone is comfortable enough to ask for my help.”

All you need to know about hypnobirthing

A New Bundle of Joy

What you need to know about cleft palate